Client Stories: How I Grew from 6 Agents to 170 Agents in 4 Years - Calvin Case

Calvin Case has been ranked in the Top 1% of all Realtors in U.S. and sold over $10MM in real estate every year since 2008. About 4 years ago, his team was just 6 agents in Tucson, AZ (aka “Paradise” as Calvin likes to call it). Now, his team has grown to 170 agents and just opened a new market in Houston. Calvin’s systematic approach to lead generation and conversion in both “sphere” and online channels is unparalleled. And as a long-time client of CINC, he recently sat down with us to give us a behind the scenes look at what has made his team so successful. 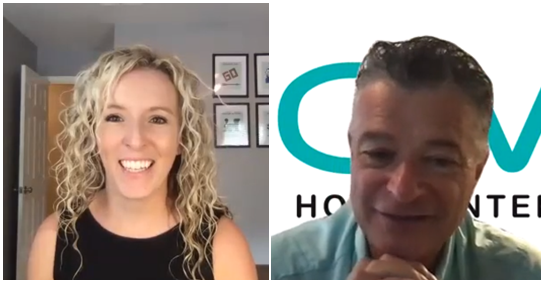 Question: Can you tell me about your business today and the technology you use?

Calvin Case: Well, we’ve been with CINC for three to four years now, and when we started our brokerage, we were a 6-agent brokerage. We were using another solution about a year before we switched to CINC. Since then, we’ve grown to 170 agents in three markets, and, turns out, most of our successful agents are the ones that use CINC. It’s practically been the base technology for our brokerage as we’re independent we don’t have our own developed technology. We believe CINC gives us an edge on the competition in recruiting and lead generation that other brokerages don’t have. It helps us be on the same level or even more advanced than Keller Williams or other big brokerages because we have the best technology for a tiny independent brokerage like us. We value our partnership with CINC because we get great training and support towards maximizing CINC’s effectiveness.

Question: Why do individuals like yourself choose to go the “Independent Brokerage (aka Indie)” route vs. aligning with one of the bigger brands?

Answer: I was with Coldwell Banker and Keller Williams, and while those companies have quite a few benefits for agents, I valued more the personal touch found in smaller brokerages. We have complete control over what we have available for them and can avoid red tape when trying to change on a corporate level. As a brokerage owner, I wanted to be able to have more control over my business. If I’m paying a big fee of $23,000 a year to a brokerage, why wouldn’t I open my own brokerage?

Question: Could you share a bit more on your model and expansion?

Answer: In Tucson, the model has worked out great for us. We expanded into Phoenix, and it’s been more challenging for us there; it’s a very saturated market. We’re making some inroads there now, but every new market has its own set of challenges, so we’re learning as we go. I would love to learn from other independent brokers on how they expanded into other markets because it’s the biggest challenge for us. Right now, we’re in Houston, Phoenix, Tucson, and the expansion into other markets has been a little challenging, but the “how” and the “why” are different when you expand. I’m a big believer in organic growth; the markets pick us, we don’t pick the markets. We had a very good agent with us who moved to Houston, so instead of going to an independent brokerage down there, we proposed he get his broker's license and be Omni Houston, which he did. The culture breeds as people move. The culture of the company will organically grow.

Question: Within your business you have a strong culture and core values. Can you share more about who you hire?

Answer: We started Omni and named it because it means “abundance” and “all”. So, our mission statement’s core values are centered around this idea; that there is enough for everyone. Our culture is summed up in three words, “people helping people”. We hire 90% full-time agents, and we don’t hire part-time or “side-hustle” agents. Independent, professional agents are the type of agents we hire. In fact, out of seven prime motivators that we ask candidates to order from greatest to least important in job interviews, those who indicate “pride” as their most important are the candidates we seek. We have an awards ceremony every year, and everybody gets their award for being productive, but the one award everyone wants to win is the “helping hands” award, which helps foster this good culture.

Question: Why did you select CINC as your technology partner?

Answer: We looked at everything available, I think it’s the most user-friendly CRM, and given all the tools that are within it, I still think it’s the easiest to use. I believe CINC has our best interest in mind; And I love how you are now owned by Fidelity National Financial because they are a big partner of ours.

Question: What type of lead generation do you use within your business?

Answer: Our primary source of lead generation is sphere. CINC leads are part of our long-term play. We have long-term nurtures, and if you maintain realistic expectations, I think it’s a valid source for success. The team closes about four to six CINC leads a month, so it’s a major part of our business. We have one agent who has been with us for a long time, and he understands CINC completely. He speaks Spanish and runs ads on Spanish radio stations driving traffic to his CINC landing page in Spanish; capturing a lot of new construction leads that way. It gives us a lot of flexibility, and I ask agents when they start with us, “I want you to say to yourself I wish CINC did this,” and, turns out, it usually does. You just don’t know it yet. CINC does literally close to everything, and that’s not blowing smoke. It’s true.

Question: Within the past year, CINC released CINC AI. As a client using CINC AI, how is CINC AI (Alex) helping your business?

Answer: We got a lead about six months ago, and Alex did his thing and sent me the text message saying the lead was ready to be called, so I called the lead. Alex had gone through 4 different messages with him before I called. Once I connected with the lead, I told him he had been talking to Alex, and the lead told me Alex seemed to be really on top of it. I then told the lead, Alex isn’t real, and he’s actually artificial intelligence. We ended up having a really good conversation, and it turns out the lead is an executive at Baskin Robins, and he’s coming to town this weekend to work with one of my buyer’s agents to buy a $2 million house. You never know who’s coming through with CINC! Alex set that up for us. He teed it up.

Question: CINC is focused on generating your now and future pipeline. How have you seen this within your business?

Answer: Let's say you get 50 or 100 leads a month coming into CINC. 4 of them are good leads that will buy over time. This week, we just got another listing from a CINC lead that we sold two years ago, so that's what we're building for: future business. We’ll see people go completely dormant for six months to a year, and then we’ll hit the last login filter on our CINC site and see someone from 1,900 days ago now actively looking on our site.
I just got a text message from one of my agents the other day. She said the award for longest lead nurture on a CINC lead goes to a lead who came in four years ago who just went under contract. He’s literally worked with three different agents, but we finally got him under contract after four years.

Question: If someone is evaluating different solutions, why should they explore working with CINC over all the other providers in the market?

Answer: It’s going to sound cheesy, and we have a lot of technologies at the brokerage, so we deal with a lot of different people, but your support is better than anybody’s. No doubt about it. When I need an answer, I get an answer quickly. No one else in the business does it like you guys.