Goal oriented. Trained leaders. Tech- Savvy. Motivated. These unique qualities could easily be used to describe both veterans and successful real estate moguls. So it’s not surprising that after serving their country, a number of military vets look to real estate for their next career move. But how does one go about making such a transition?

In honor of Veteran’s Day, CINC celebrates current and former members of the US Armed Forces who selflessly sacrifice for our country each and every day. To honor those sacrifices, we're recognizing our own veteran clients and employees, in an expression of gratitude for their sacrifices and their service.

Here, United States Marine Corps retiree and Chief Operations Officer for KSA Real Estate, Kris McCullough, speaks candidly about what it means to serve, how he made the transition into real estate, and why it’s important for vets like him to tell their stories.

McCullough: I joined the Marine Corps when I was 17. My duty to serve was something I truly believed in - which is why I did it as long as I could, retiring after 20 years. I deeply believed that this was a job that someone had to do, and I was the right person to do it. That, and the recruiter said if you wear these Charlies, girls will like you!

Still, serving your country is such a huge commitment. What does it take for a person like yourself to be willing to make such a sacrifice?

How did your military background, training and experience prepare you for your real estate career? 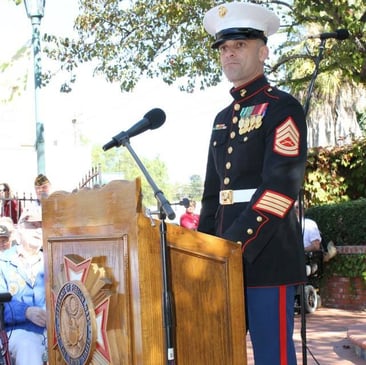 I actually was not drawn into real estate because of my military background. That being said, my background has been a huge benefit to myself and my team because of the structure and the discipline we learned in the service. As a Staff Non Commissioned Officer (SNCO), I learned the importance of building a curriculum, approaching obstacles as missions, and knowing how to attack them.

When I first started out in real estate, I did it as an investor. After meeting my wife, who also served, in Afghanistan, we married and became pregnant with our first child, and really broke into real estate. She became my inside real estate agent, and once we started focusing on real estate full time, we found there were other veterans like us who were interested in doing this, which lead us to build our team of motivated veterans.

You’re very unique in that you have several other former service men and women working on your real estate team. What made you want to build a team comprised of other veterans?

In business, everybody always asks you what is your why? My why came about when I realized that other people like me have the same why. When I went through my military to civilian transition classes, they were preparing us to get another job, and I knew immediately that that wasn't for me.

I knew that I never wanted to work for an organization where someone else determined my worth and compensated accordingly. Just like in the Marine Corps, I wanted to be apart of something bigger than myself. The Marines Corps is such a strong community, it was our world, and the same goes for real estate. When I realized we could make money and we could do it our way, and be apart of something bigger than us, I was sold. Now, everyone on our team has ownership in what we are doing. And building a team full of vets is our own personal version therapy.

What made you want to go the Indie Broker route?

We actually started out with a franchise brokerage and realized that it wasn't for us. They didn't have the vision we had, they restricted us, which just wasn't what we were looking for. Now Signature Realty Group leaves us alone as long as we are in compliance and gives us the freedom to operate how we see fit. Our reasons for going Indie are very similar to the reasons we wanted to go with CINC... we like that CINC gives us the freedom to do things our way.

Giving back to both the military and real estate communities are very important to you. Can you talk about what that looks like for your team?

We support multiple organizations as a business. Almost our entire team is built of veterans, some of which were severely wounded, so we are all very involved in the local military organizations. We’re always trying to find new ways to help. When it comes to real estate, I believe in coaching, but most agents just can’t afford it when they start out. One way I try to contribute is through The Real Estate Blitz to help support up-and-coming real estate professionals. It's our mission to help. 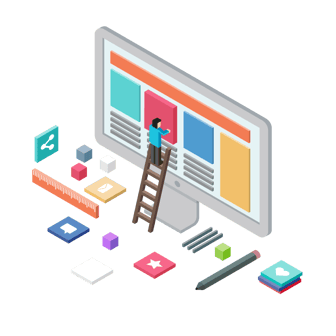 What role has technology played in your real estate and military careers?

Well first of all let me start by saying that CINC isn’t paying me. It’s a great platform that’s been successful and lucrative for our team, which is why I'm so vocal about my support in the platform. I believe that If we can tell people the right technology platforms to be on to grow their businesses, then we will be that much farther along as an industry.

When it comes to technology in general, most of the people who follow me are Millennials and Gen Xers, so I know how to talk to them and what technologies they’re using. Money isn’t the new currency, it’s attention, and our ability to reach home buyers and seekers via new technology platforms is critical to the future of real estate. We’re on a mission to make people more money, and real estate technology like CINC is helping our team get there.

Kris McCullough served in the USMC from Oct 3rd, 1995 to Nov 1st, 2015 as a Staff Non Commissioned Officer. Find out more about his team KSA Real Estate here.

To learn why thousands of real estate teams like KSA rely on CINC to make more money and grow their businesses, check out our newest webinar: Go from Agent to Mega Agent, where Top agent Nick Waldner shares the systems and techniques he used to grow his business from $16 Million to $100 Million in 3 years! 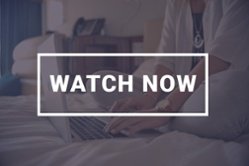