Not all Leads are Created Equal: Cody Gibson Reveals How to Convert More in Less Time 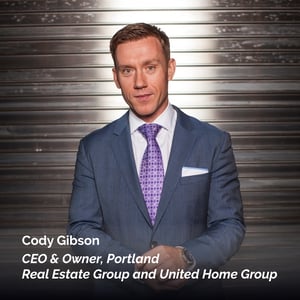 “You don’t have a lead generation problem… you have a lead conversion problem.” In 2018, there are now more online leads being generated than ever before. But are you paying attention to the number of leads that are actually converting? This past November, one of our most sought after CINC power users, Cody Gibson, Principal Broker & CEO for Portland Real Estate Group (and former Boomtown client) lead an exclusive Mastermind in Denver, where he shared the best practices that have helped him grow to closing over 1,000 transactions a year! This week, we’re back with Cody to reveal more conversion secrets behind his team’s incredible growth and tips for converting leads in your database today!

Prospecting versus working a Database 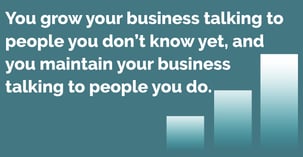 One of the most common questions Cody is approached with is, are you a prospecting based agent or internet database based agent? But the fact is, approaching lead generation from the standpoint of either or is a very juvenile way to look at your business. In other words, it shouldn’t be one or the other. It’s both. You grow your business talking to people you don’t know yet and you maintain your business talking to people you do know. And the right conversion engine empowers your team to do both.The main reason Cody’s team does so much internet lead gen is to leverage a much larger pool of opportunity. That, and in Cody’s words, “internet lead gen is the only lead gen that I can do while I’m at my kitchen table!”

Which brings us to the engine that’s running your business. People throw out the term CRM all the time, but Cody’s team relies on CINC’s conversion engine to run his business day in and day out. The difference? A conversion engine is a living breathing entity that scores everything that a living breathing person does, and his team understands that that person is so much more than just a “lead”, and should be treated as such.

If CINC is the engine that keeps his business booming, Cody’s lead generation strategy is the fuel that keeps the engine running. In terms of lead generation, most brokers are doing a number of things : circle prospecting, using Zillow, geo farming, running open houses, FSBOs, client events, social media, Facebook, and beyond… which is great! However, where most teams get into trouble is how they are managing leads from multiple lead sources. In order to be consistent and effective in follow up and conversion, everything that you do to generate consumer leads needs to go into ONE engine, and for Cody’s team, that’s his CINC platform.

Not All Leads Are Created Equal

It’s critical for Cody’s team to effectively score leads in order to prioritize his follow up approach and strategy. To start, you need to understand that not all leads are created equal. A good system will score every lead that enters your system and prioritize follow up accordingly. Cody’s CINC system has 32+ behavioral algorithms (i.e. if someone uses the word love in a note/ email, or if they view the same property from more than 1 IP address), which makes it easy to determine which leads are actually serious about buying. If you don’t have something tracking your lead behavior and data from your website, you don’t have a true conversion engine nurturing those leads to close faster.

The Best CRM Out There?

Cody hears it all the time - What’s the best CRM to use to run your business? His response? There are a million different systems you could use to run your business. You could put all your business cards into a shoebox and run your business that way... but who would want to? In other words, if you aren't using a conversion engine like CINC, it’s time to get honest about how close you are to running your business out of a shoebox. So many agents fall into the trap of paying an inferior company $100 a month for a technology that isn’t doing exactly what they need it to do. There are solutions at every level and price point in this industry, but if there’s one piece of advice Cody can deliver, it’s that you get what you pay for. For single agents or small teams of 1-3, a solution like Real Geeks might be a good fit assuming the team doesn’t need routing rules. Ultimately, CINC is the Lexus of CRMs, whereas other CRMs in the space might be closer to a loaded Toyota. 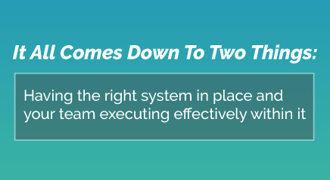 All in all, there really is no cool new way or avenue of finding business in real estate. It all comes down to two things: Having the right system in place and your team executing effectively within it to convert. And for Cody’s team, that solution has been CINC. But what Cody has found is that most teams don’t actually have a strategy problem, they have an execution problem. Just like there’s no mystery to getting 6 pack abs (we all know HOW to get there, we just need to get better at the execution side and commit to doing it!), the same goes for real estate. In Cody’s words, “If I don’t have all of my lead gen activities going into one system, I can’t track my cost per lead or my cost of closing. CINC shows you how many leads you spoke to, how many leads were generated, how many of them closed and how much commission I earned as a result. If I don’t know my CPL I don’t know what else to invest in." And if you don’t have something like this, you don’t know what’s possible in terms of growth.

At the end of the day, in real estate it’s all too easy to believe that individuals performing at a higher level than you have some sort of magic bullet that’s responsible for their success. The truth is that the real magic bullet is consistency. Implement these critical lead standards in your business, as our CINC top performers have, and watch your business grow as well. Hear more of Cody's thoughts on what contributed to his team's growth this year below!