Odds are if you’re successfully practicing real estate in 2018, you’re already utilizing social media to drive revenue. In fact, according to NAR, 91% of REALTORS® use social media to some extent, because they understand the value of investing in social channels like Facebook and Instagram to drive leads and close deals. But have you ever stopped to ask yourself about the social media channels you aren’t utilizing to grow your business? Enter Snapchat. 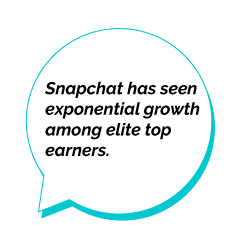 According to Inman News, while Millennials do continue to dominate Snapchat's userbase, there’s also an emerging 30s to 40s demographic on the platform. "About 14.4 percent of smartphone users 35 and up have the app installed (a market penetration of about 15 percent is generally the tipping point when a platform goes mainstream), and Snapchat isn’t attracting plain Joes – the app has seen exponential growth among elite top earners age 30 to 45 on both coasts." 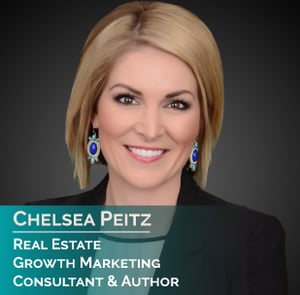 To help your Real Estate team get into the Snapchat game, this week CINC sat down with real estate marketing consultant/coach, and publisher of Talking in Pictures; How Snapchat Changed Cameras, Communication, and Communities. Read on as Chelsea Peitz gives Realtors the inside scoop on how to leverage mobile tech and social media platforms to sell more houses this year.

Chelsea, what sparked your idea for your book, Talking in Pictures?

When I started using snapchat I had no desire to use it as a business model! But, as started to create content on it, I decided to start my own show. It was very formal. Pretty soon after, I was added to a list of Top 10 Real Estate People to Follow on Snapchat. I decided to add the realtors that were on the list. I realized I was talking to these people every day. We talked so often that we eventually moved our conversation from Snapchat to Voxer. After a while, we finally decided we should meet in person. When we arrived, it was like we had known each other for years. I thought, “There’s something different about camera first strategies”. You are having a conversation at a literal arm’s length. The person is in the palm of your hand. So, I decided to do a bunch of research on the idea of these camera platforms. I couldn’t find anything on the topic, so I figured, “I’m going to write it.”

What led you to using Snapchat? What was the opportunity that opened that idea up to you?

In the beginning, I was die hard, anti snapchat. But one day, I was listening to Gary Bee in the morning, and he said a statement that really struck me. He said, “Marketers need to pay respect to Snapchat. It is the only app that is capturing people’s attention."  At the time, Snapchat operated in a way that content was disappearing within seconds. Snapchat was the first app that was in real time. People were being real. 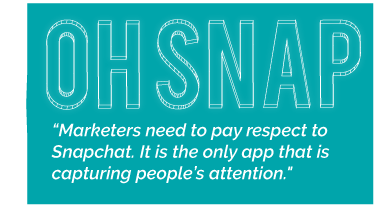 Many realtors do not take advantage of the “photo-style platforms” when it comes to social media. Do you have any success stories of Realtors who decided to use Snapchat or Instagram?

There are so many success stories that come to mind. We started a FB group for real estate members who use snapchat. It’s called Snappack Live. It is a great referral network. It’s about 3,000 realtors strong. The great thing about using a camera platform such as Facebook Live or Snapchat, is that you never have to say “I’m a realtor. Do you know anyone who is looking to buy or sell a property?” There is never a sell objective to overcome. You are simply making content to attract other people. Gone are the days of thinking about using camera platforms. People expect you to have your own show where they can connect to you eye to eye, screen to screen.

Do you see the use of imaging in social media as a brand play or listing promotion play?

It can be both. Listing promotion play has to be framed in a different way. You can’t just post a pretty picture. Many realtors are creating live video or little films of people living in the property. 2018 is more about the agent, and less about the house. It’s not to take the consumer out. People want to get to know the person that they’re working with. Once you sell the person on the realtor, that’s it! The realtor has the opportunity to be less “salesy” and they get to focus more on lifestyle and creating an emotional connection with the consumer. Realtors should post content based on who’s going to buy the house. You need to focus on creating the story and connecting with the ideal audience.

How have you seen Snapchat effect you as a Realtor?

Because it’s so unique, there are no hacks or out sourcing. Snapchat taught me how to connect proactively, how to engage with people, and has helped me get better on camera. When Snapchat was originally created, you only had 10 seconds to say what you wanted to say. The limitation improved my ability to communicate. It has helped me when presenting in person. Snapchat has given realtors the tools to think on their feet, and present themselves in a professional manner. I think the safest place to start on camera is Snapchat. The filters on the app are great, and if you don’t like your video, you can delete it.

This Blog Post was Written by Taylor Wenzel, Brandy Commodore